The Flying Dragon of the OSS 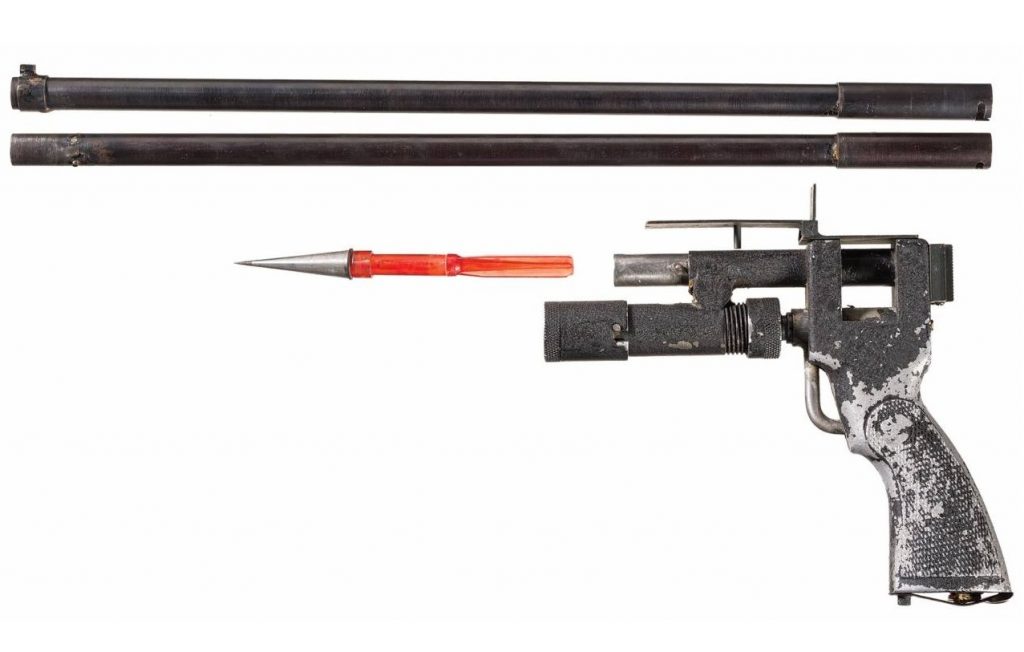 Officially designated the SAC-46 Gun, Dart, Carbon Dioxide Propelled, the Flying Dragon was designed and prototyped beginning in 1943 but was not a high-priority project for OSS Research & Development compared to other weapons programs. OSS requirements dictated accuracy out to 100 yards, and the ability to reload in less than 30 seconds.

Because each dart had a rubber gasket to provide a gas-tight seal, the barrel must be removed after each shot for breech-loading. This weapon was not intended for situations requiring multiple shots, which is why powerful poisons were researched for use with the SAC-46.

The dart gun came with two different barrel lengths, rifle and pistol, and the flip-up sights were marked accordingly with an R or P for varying distances. A standard CO2 cartridge was inserted below the barrel, and the grip was hollow to hold the loading too. A later prototype variant was created in which each of the darts themselves were built around a CO2 cartridge, so that they were in effect self-propelled missiles. No accelerant was contained in the SAC-46 itself; it simply used a pin to puncture the CO2 cartridge within each dart. This single prototype was not further developed.

Initial testing indicated that the darts would need to be used in conjunction with a fast-acting poison to achieve fast, silent takedowns in the field. OSS engineers experimented with plastic darts as well as poison-filled syringes for instant takedown of sentries or assassination targets. But no suitable poison was found, and the project floundered.

Then, development began again in 1945 after a specific request from Colonel Carl Eifler, the commander of the famed Detachment 101 operating behind enemy lines in Burma. 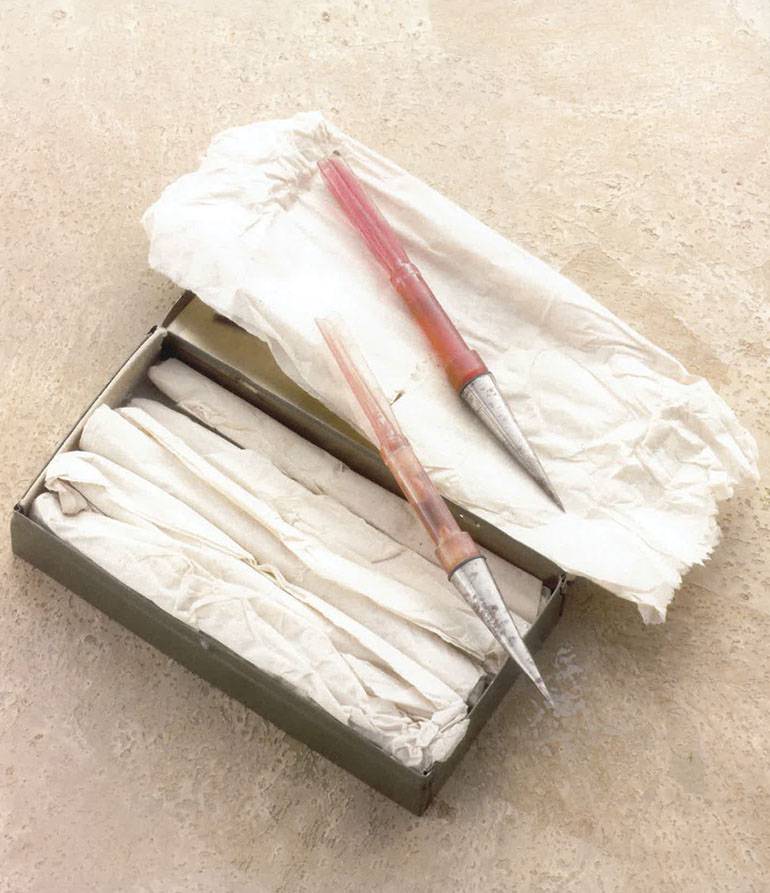 He envisioned the dart guns as useful on an unspecified but important operation. After prototyping, testing, and modification, fifteen weapons and at least 1,000 darts were manufactured by the Long Engineering and Research Corporation and delivered to Detachment 101 by June 1945 at a cost of $3,800 for the entire project.

The guns were then tested and compared with all other suppressed weapons available to the detachment at the time, including the suppressed M1 and M3 carbines, the Welrod pistol, and even the William Tell crossbow. Firing at a mere 69 decibels, the SAC-46 was found to be quieter than all the conventional firearms, with only the crossbow outperforming it in that area. However, it was also delivered the lowest kinetic energy on target of any weapon tested, hence the initial push to find a poison to pair it with.

Work on the SAC-46 continued through the end of World War II, at which point it was canceled along with many other initiatives. The OSS experimented with many unusual silent weapons during WWII but ultimately determined that nothing performed better than the classic Hi-Standard .22lr suppressed pistol. One of the 12 remaining Flying Dragons is on display at the John F. Kennedy Special Warfare Museum at Fort Bragg, NC. Another one, serial no. 5, sold at auction in 2018 for just under $15,000.

Dr. John Brunner, who served with the OSS in China, has written extensively about the Flying Dragon. His book, OSS Weapons Second Edition is the definitive resource on this and many of the other unique weapons developed by the Office of Strategic Services.