East German Sedan with a Secret 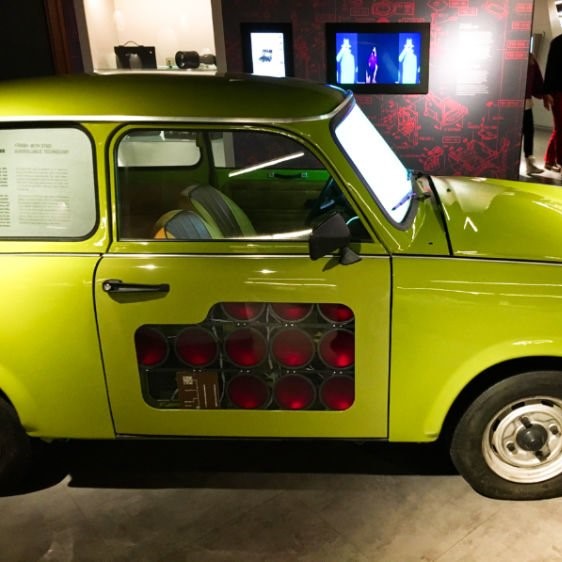 The East German Stasi were infamous for their creation of a near-total surveillance state during the Cold War. Besides their enormous and allencompassing human intelligence network, which involved a significant fraction of the East German population, the secret police also pioneered photo- and audio-surveillance techniques for use against suspected western intelligence agents and dissidents.

One of the Stasi’s most clever designs was this specially modified Trabant. The Stasi worked with the Carl Zeiss optics company to produce a revolutionary vehicle-mounted camera system for surveillance operations. The car door’s outer metal panel was removed and replaced with a plexiglass shield painted to blend in perfectly with the rest of the car. The Trabant pictured here is on display at the German Spy Museum in Berlin and has a clear door panel installed for educational purposes. Twelve large infrared flashes and a camera system were mounted in the door frame. The camera was equipped with a cutting-edge laser rangefinder and autofocus capability.

The laser rangefinder sent an audio signal to an earpiece-equipped surveillance operative inside the car when a person passed in front of the camera’s focal point. The operative could then trigger the shutter to capture photos in complete darkness with no visible flash to alert the target. The maximum effective range of the camera and flash system was up to 20 meters.

The system cost 215,000 Marks at the time, and the Stasi purchased 25 of them. In their efforts to keep nearly all East Germany under constant surveillance, no price was too high to pay. The infrared flashes were for use at night during an era when low-light photography was still in its infancy, and when enemy agents might subsequently let their guard relax slightly. 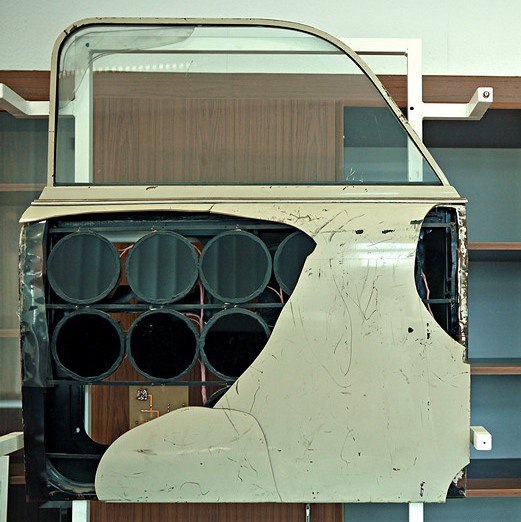 The system also worked in motion, allowing Stasi agents to perform a drive-by photoshoot of the intended target if necessary, which would further reduce their operational profile. Due to the incorporation of the laser range finder and earpiece alarm, the photographer did not even have to look in the direction of the target when capturing the photos. They were effectively invisible.

The ubiquitous Trabant sedan is one of the iconic symbols of East Germany. More than 3,000,000 were produced by the Sachsenring publicly owned enterprise between 1957 and 1990, with relatively few major changes to the design during the entire period. Although it was well-known that the Stasi used Trabants during its endless surveillance operations, the sedans were so common in the streets of East Berlin and greater East Germany that little thought would be given to walking past one parked overnight.

Another example of this system is also on display at the Stasi museum in Berlin, Germany. The museum is inside the former Stasi headquarters which was overrun by the citizenry when the Berlin Wall fell in 1989. Inside, cameras of all types were discovered, modified to be concealed in almost every type of object imaginable, including tree trunks, bird houses, water cans, and oil drums. Many of these fascinating devices are covered in H. Keith Melton’s book The Secret History of Stasi Spy Cameras 1950-1990. Fortunately, the liberated East German citizens exercised restraint and preserved much of the technology discovered within for future generations to learn about.