An Encrypted Map to Buried Treasure

Former Air Force intelligence sergeant Brian P. Regan stole documents, video tapes, and compact discs from his position at the National Reconnaissance Office, with the intention to sell them to China, Libya, and Iraq for a total of $13,000,000.

Growing up with dyslexia, Regan had difficulties fitting in with schoolmates, and had to cheat on an aptitude test just to join the Air Force. Once he made his way into a position as an analyst and signals intelligence specialist, he performed surprisingly well. The same condition which caused his dyslexia also allowed him to look at data and problems in a very different way from other analysts, leading him to sometimes find things others had missed.

But after a promotion to Master Sergeant, Regan was transferred to the National Reconnaissance Office, America’s premiere satellite imagery agency. There his new coworkers shunned him over his poor grammar and spelling, leading him to feel isolated and ostracized.

Regan was approaching retirement from the Air Force in 1999 but struggled with major financial problems and a marriage on the rocks. He decided to augment his very low net earnings (around $40,000 in Northern Virginia) by selling classified documents to America’s adversaries.

Stealing the documents turned out to be the easy part. Over a period of months he simply walked out of the office each day with documents stuffed into a gym bag. No one searched him as he left, and his coworkers didn’t take him seriously to begin with, and never saw him as a threat. He eventually stole more than 20,000 pages of documents, plus video tapes and compact disks.

After smuggling everything out of the facility he buried them in multiple caches in state parks in Maryland and Virginia and hid an encrypted “treasure map” for finding them at several locations alongside Interstate 95. For the decryption key he used handwritten book code, mnemonic code, and Caesar Shift to hide the locations of the caches from law enforcement and any unsuspecting passerby who might stumble across them. 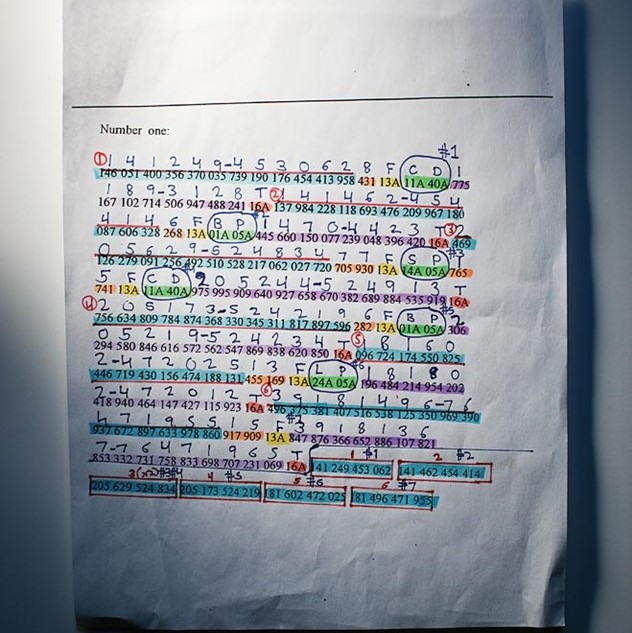 The FBI was first tipped off about an attempted sale of classified information in December 2000, when an FBI source inside the Libyan Consulate in New York City turned over a packet of classified documents that had been mailed to them the month prior. Along with the packet was a letter seeking payment and promising more information. The letter itself was in code, but the key to decode it had been included with the same packet. Working together, the FBI and NSA were able to quickly decipher the anonymous sender was communicating.

Regan’s letters to the Libyans, Chinese and Iraqi embassies were riddled with spelling errors, and once they were intercepted, investigators began looking for an NRO employee who suffered from dyslexia, which eventually led them to Regan himself. This eventually earned him the moniker “the spy who couldn’t spell’’ in the media after the story broke. The FBI installed a surveillance camera directly above his desk and caught him in the act of stealing documents from the office.

His plan to sell the intelligence was foiled at the last minute by an FBI arrest. Regan was convicted of national security crimes and is currently serving life in prison. He eventually cooperated with authorities in locating the caches after his conviction but struggled for weeks to remember how he had set up the code, parts of which were based on his 1977 high school yearbook. Ultimately all seventeen of the caches he had buried in Virginia and Maryland were recovered.

Regan’s story was published in the 2016 book The Spy Who Couldn’t Spell, by Yudhijit Bhattacharjee.