Leave No Trace: Disguising Footprints in the Jungles of Southeast Asia 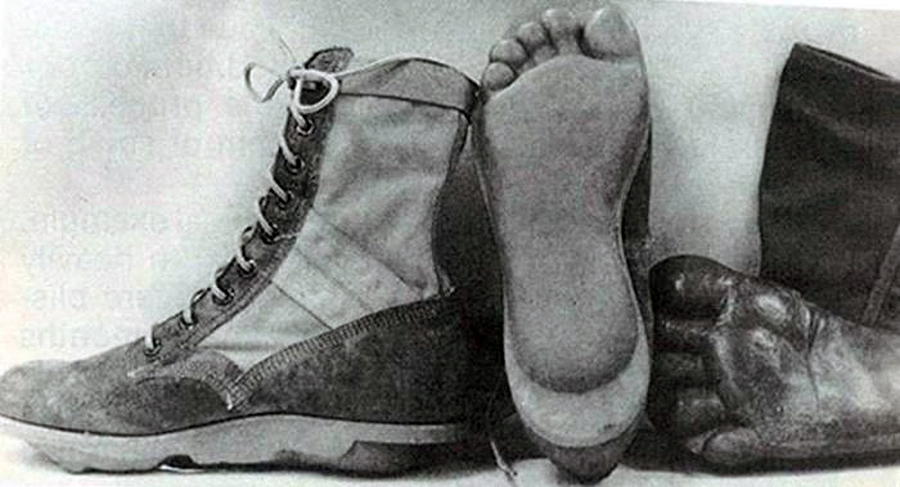 These jungle boots with footprint soles were designed to disguise the presence of MACV SOG warriors on the Ho Chi Minh trail. Military Assistance Command Vietnam – Studies and Observation Group was famous for its unconventional approach to warfare in Southeast Asia. Many new concepts, weapons, and strategies were tried, refined, and implemented (or discarded) as the conflict stretched on.

These strategies and concepts were much needed as the warriors of SOG undertook some of the most dangerous missions of the war. A typical SOG mission involved a handful of American troops accompanied by a few recruited indigenous tribesmen patrolling deep in enemy territory, with little hope of rescue if the situation went awry.

For this reason, they took every opportunity to disguise or hide their presence on the ground. This included wearing the signature “black pajamas” favored by the Viet Cong, carrying Soviet Bloc weapons since the sounds of firing would not immediately identify them as Americans, and even eating locally sourced food so their body odors matched those of their adversaries. 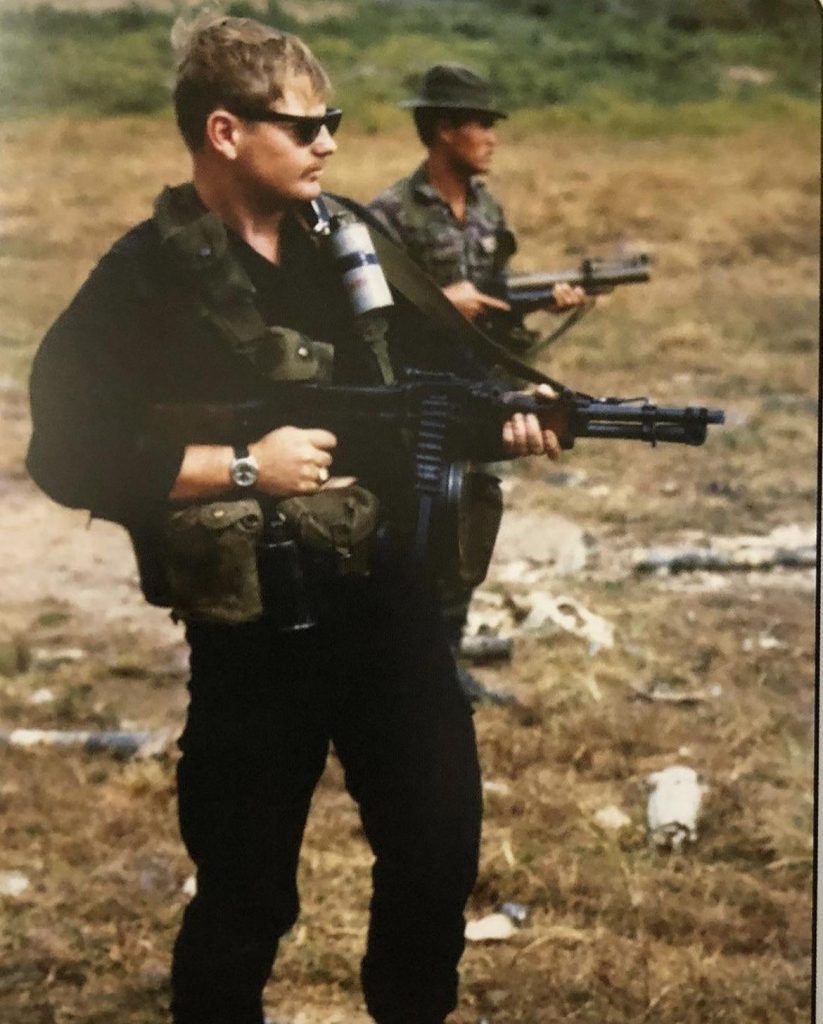 Nevertheless, despite all of their precautions, SOG had an incredibly high casualty rate, and the highest rate of Missing In Action service members of any unit in American history.

One method for disguising the presence of US troops in the jungle were these boots. Manufactured by Wellco, the soles were designed to mimic the footprint of the much smaller, barefooted Vietnamese who typically populated these trails.

During World War II, the British Special Operations Executive used a similar idea, with overshoes designed for use on a beach or other location when infiltrating their agents. These clunky contraptions were buckled on over the normal footwear and were none too popular in the field. Smugglers in both the United States and Europe were also known to disguise their tracks with similar inventions, so the concept could be found in many parts of the world.

SOG operators wore the boots on patrol but found them to be extremely uncomfortable. Because of the smaller footprint sole, there was no heel support and operators were practically walking on their toes for the duration of the patrol. Despite the success in altering their signature, the boots were considered a failure.

Wearing Vietnamese-style sandals did not work either because it took time to build up the calluses needed to walk comfortably, as the locals had been doing their entire lives. Another method was to wear socks on the outside of the jungle boot, thereby obscuring the pattern of the print. These socks were of course quickly worn through on each patrol and discarded.

The final solution was in a sense even more creative than the footprint boots themselves; MACV SOG support troops collected boots from combat hospitals after they were removed from wounded troops and thrown away. SOG air assets then dropped 20,000 pairs of good condition US boots over the jungle canopy. They were far better than North Vietnamese Army or Viet Cong sandals and the enemy quickly took to scavenging these boots and wearing them on missions, which led to trails covered in boot prints throughout the region.

This story and many more incredible tales from MACV SOG operations can be found in John Plaster’s book SOG: A Photo History of the Secret Wars.