Research is the cornerstone of my work on this blog. When taking on a project as daunting as trying to understand secret operations worldwide, it’s important to gather as many reputable sources as possible. I’ve read dozens of books over the years; visited museums all over the United States and conversed with many knowledgeable current and former members of the intelligence community. Here I want to provide you with some of my favorite references for diving ever deeper into the world of spycraft.

8   Red Heat: Conspiracy, Murder, and the Cold War in the Caribbean By Alex Von Tunzelmann

The Caribbean crises of the Cold War are revealed as never before in this riveting story of clashing ideologies, the rise of the politics of fear, the machinations of superpowers, and the brazen daring of the mavericks who took them on

During the presidencies of Eisenhower, Kennedy, and Johnson, the Caribbean was in crisis. The men responsible included, from Cuba, the charismatic Fidel Castro, and his mysterious brother Raúl; from Argentina, the ideologue Che Guevara; from the Dominican Republic, the capricious psychopath Rafael Trujillo; and from Haiti, François “Papa Doc” Duvalier, a buttoned-down doctor with interests in Vodou, embezzlement and torture.

Alex von Tunzelmann’s brilliant narrative follows these five rivals and accomplices from the beginning of the Cold War to its end, each with a separate vision for his tropical paradise, and each in search of power and adventure as the United States and the USSR acted out the world’s tensions in their island nations. The superpowers thought they could use Cuba, Haiti, and the Dominican Republic as puppets, but what neither bargained on was that their puppets would come to life. Red Heat is an intimate account of the strong-willed men who, armed with little but words and ruthlessness, took on the most powerful nations on earth.

The CIA’s involvement in the Caribbean is best known due to the Bay of Pigs Invasion of 1961, but that was far from their only incursion in the region. In fact, the world’s premiere intelligence agencies have been locked in a battle there for more than 60 years, through the present day. Von Tunzelmann does a wonderful job of documenting the absolute chaos that defines that region, and how world powers never gave the indigenous peoples there a moment’s respite from their operations and influence, including multiple proxy wars that caused untold death and destruction across the islands.

7   Tracking the Jackal: The Search for Carlos, the World’s Most Wanted Man By David Yallop

In this compelling report from the Middle East, British journalist Yallop chronicles his seven-year search for Ilich Ramirez Sanchez, who was born into an upper-middle-class family in Caracas in 1949 and by the age of 26 had become “Carlos the Jackal,” the world’s most notorious terrorist. Based on extensive research and numerous interviews with such figures as Abu Nidal, Colonel Khadafy and Yasir Arafat, Yallop argues that much of the reason the Jackal is so difficult to track is that he is more myth than reality.

Yallop has little sympathy for Carlos, whose crimes–such as arranging the 1972 murder of Israeli Olympic athletes at Munich and the 1975 kidnapping of OPEC oil ministers–are certainly those of a dangerous terrorist; yet when the two finally meet, Carlos seems less menacing than expected. The book is a dramatic and intriguing international thriller. Full of bravado and with surprisingly little strategic sense, Carlos was used as a puppet by those whose bloody missions he carried out.

Carlos the Jackal is a fascinating figure of his time and one that is little understood in the 21st century.  Yallop does a terrific job of diving into his character, motivations, and influences. Highly recommended.

It was the height of the Cold War, and a dangerous time to be stationed in the Soviet Union. One evening, while the chief of the CIA’s Moscow station was filling his gas tank, a stranger approached and dropped a note into the car. The chief, suspicious of a KGB trap, ignored the overture. But the man had made up his mind. His attempts to establish contact with the CIA would be rebuffed four times before he thrust upon them an envelope whose contents would stun U.S. intelligence. In the years that followed, that man, Adolf Tolkachev, became one of the most valuable spies ever for the U.S. But these activities posed an enormous personal threat to Tolkachev and his American handlers. They had clandestine meetings in parks and on street corners, and used spy cameras, props, and private codes, eluding the ever-present KGB in its own backyard—until a shocking betrayal put them all at risk.

I’ve posted about Tolkachev previously on my Instagram page and consider him to be one of the least known, but most important figures of the Cold War. his incredible bravery and sacrifice greatly assisted the United States in coming out on top by the end of the Cold War. Despite the fact that he never saw the United States, I consider him to be a great American. The Billion Dollar Spy is a powerful testament to one man’s ability to change history.

When diplomacy fails and war is unwise, the president calls on the CIA’s Special Activities Division (SAD), a highly classified branch of the CIA and the most effective black-operations force in the world. SAD conducts risky and ruthless operations that have evolved over time to defend America from its enemies. Almost every American president since World War II has asked the CIA to conduct sabotage, subversion, and yes, assassination.

The author conducted interviews with 42 men and women who proudly and secretly worked on CIA covert operations from the dawn of the Cold War to the present day, along with declassified documents and deep historical research, revealing a complex world of individuals working in treacherous environments populated with killers, connivers, and saboteurs. Despite Hollywood notions of off-book operations and external secret hires, covert action is actually one piece in a colossal foreign policy machine.

These tales bring to life the sheer pandemonium and chaos, as well as the unforgettable human will to survive and the intellectual challenge of not giving up hope that define paramilitary and intelligence work. Jacobsen’s exclusive interviews – with members of the CIA’s Senior Intelligence Service (equivalent to the Pentagon’s generals), its counterterrorism chiefs, targeting officers, and Special Activities Division’s Ground Branch operators who conduct today’s close-quarters killing operations around the world – reveal, for the first time, the enormity of this shocking, controversial, and morally complex terrain.

4  The Killer Elite By Michael Smith

A top-secret U.S. Army Special Operations unit has been running covert missions all over the world, from leading death squads to the hideout of drug baron Pablo Escobar to capturing Saddam Hussein and, in one of the greatest special operations missions of all time, helping to track down al-Qa’eda leader Osama bin Laden. “The Activity,” as it became known to insiders, has achieved near-mythical status, even among the world’s Special Operations elite. Hidden from the politicians and the government bean counters, the Activity has been carrying out deniable operations, preparing the way for Delta and SEAL Team Six.

Journalist Michael Smith gets inside this clandestine military team to expose their explosive history and secrets. Smith has spoken to many former members of the Activity and reveals the incredible truth behind the world’s most secret Special Operations organization, a unit that is at the forefront of the War on Terror.

I read this book in 2008 and consider it transformational. It’s what really put me on the path to learning everything I could about the intelligence community, because before then I’d never realized just what an impact these shadowy operations could have on world events. You can thank author Michael Smith for putting me on the path that eventually led to this blog.

Antonio Mendez and his future wife Jonna were CIA operatives working to spy on Moscow in the late 1970s, at one of the most dangerous moments in the Cold War. Soviets kept files on all foreigners, studied their patterns, and tapped their phones. Intelligence work was effectively impossible. The Soviet threat loomed larger than ever.

The Moscow Rules tells the story of the intelligence breakthroughs that turned the odds in America’s favor. As experts in disguise, Antonio and Jonna were instrumental in developing a series of tactics — Hollywood-inspired identity swaps, ingenious evasion techniques, and an armory of James Bond-style gadgets — that allowed CIA officers to outmaneuver the KGB.

It’s hard to overstate the influence that Tony and Jonna Mendez had on the spycraft of their era.  Two incredibly talented, brave people dropped into exactly the right place at the right time to have maximum impact.  Tony Mendez was very famously portrayed by Ben Affleck in the film ‘Argo’. Jonna Mendez is now on the board of directors of the International Spy Museum in Washington, DC. Their story is one of the most riveting in the history of espionage.

2  Legacy of Ashes: The History of the CIA By Tim Weiner

Legacy of Ashes is the record of the first sixty years of the Central Intelligence Agency. It describes how the most powerful country in the history of Western civilization has failed to create a first-rate spy service. That failure constitutes a danger to the national security of the United States. Intelligence is secret action aimed at understanding or changing what goes on abroad. President Dwight D. Eisenhower called it “a distasteful but vital necessity.” A nation that wants to project its power beyond its borders needs to see over the horizon, to know what is coming, to prevent attacks against its people. It must anticipate surprise. Without a strong, smart, sharp intelligence service, presidents and generals alike can become blind and crippled. But throughout its history as a superpower, the United States has not had such a service.

Legacy of Ashes is an important read to temper any understanding of espionage. Daring plans often go awry, human rights can be trampled in the race for an advantage over a competing world power, and failures to know your enemy (and yourself) can lead to disaster. Weiner’s book thoroughly documents many failures of the CIA over the year, as well as some of it’s great successes. Although some of the biggest stories of spycraft have a kind of glamour about them, it’s important to also understand the true cost of espionage, to the participants as well as the affected nations and cultures.

1  Spycraft: The Secret History of the CIA’s Spytechs by Robert Wallace and H. Keith Melton

In this look at the CIA’s most secretive operations and the devices that made them possible, Spycraft tells gripping life-and-death stories about a group of technicians and engineers—much of it never previously revealed and with images never before seen by the public.

The CIA’s Office of Technical Service is the ultra-secret department that grappled with challenges such as:

What does it take to build a quiet helicopter?
How does one embed a listening device in a cat?
What is an invisible photo used for?

These amazingly inventive devices were created and employed against a backdrop of geopolitical tensions—including the Cold War, the Cuban Missile Crisis, and continuing terrorist threats. Written by Robert Wallace, the former director of the Office of Technical Service, and internationally renowned intelligence historian Keith Melton, Spycraft is both a fantastic encyclopedia of gadgetry and a revealing primer on the fundamentals of high-tech espionage.

Spycraft (as the title indicates) is one of my constant companions on this journey to learn everything there is to know about the world of espionage. Every chapter contains breath-taking examples of human ingenuity and technical expertise. If your favorite aspects of the Bond films are his walk through Q’s laboratory, then this is the book for you. 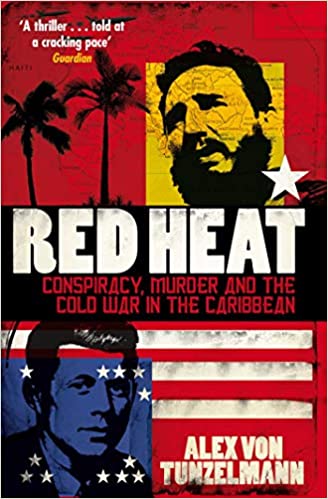 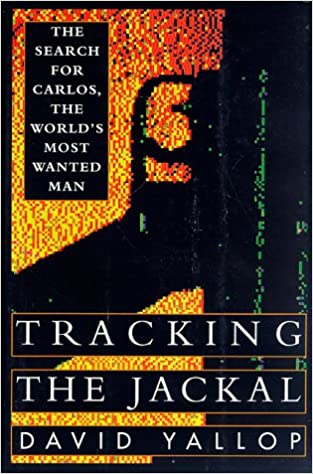 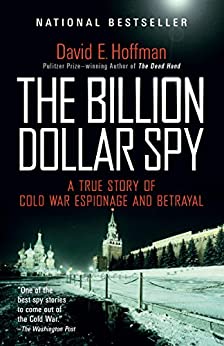 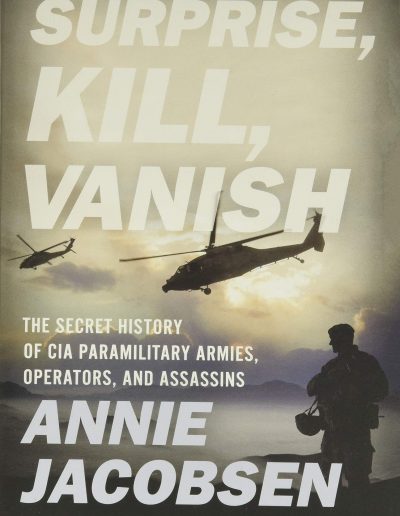 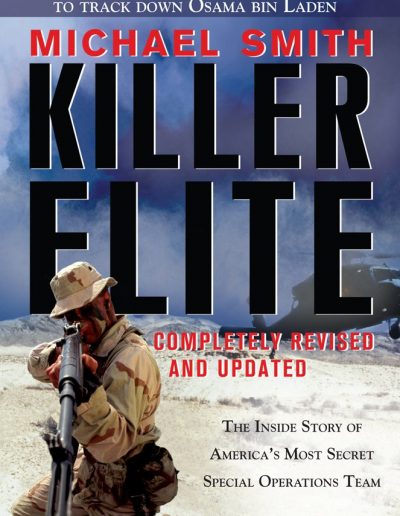 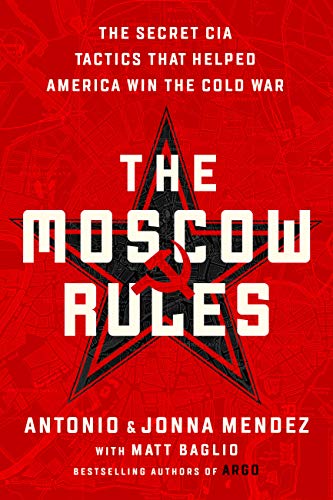 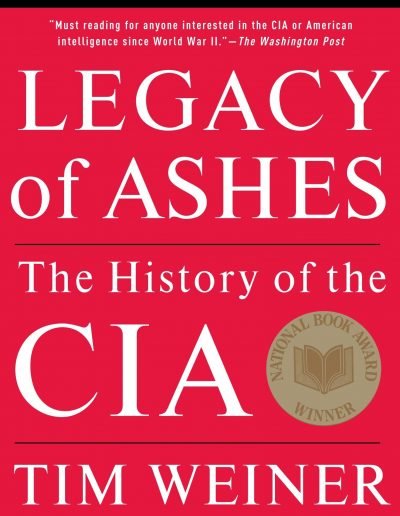 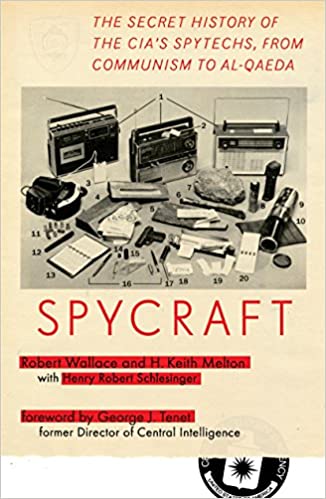